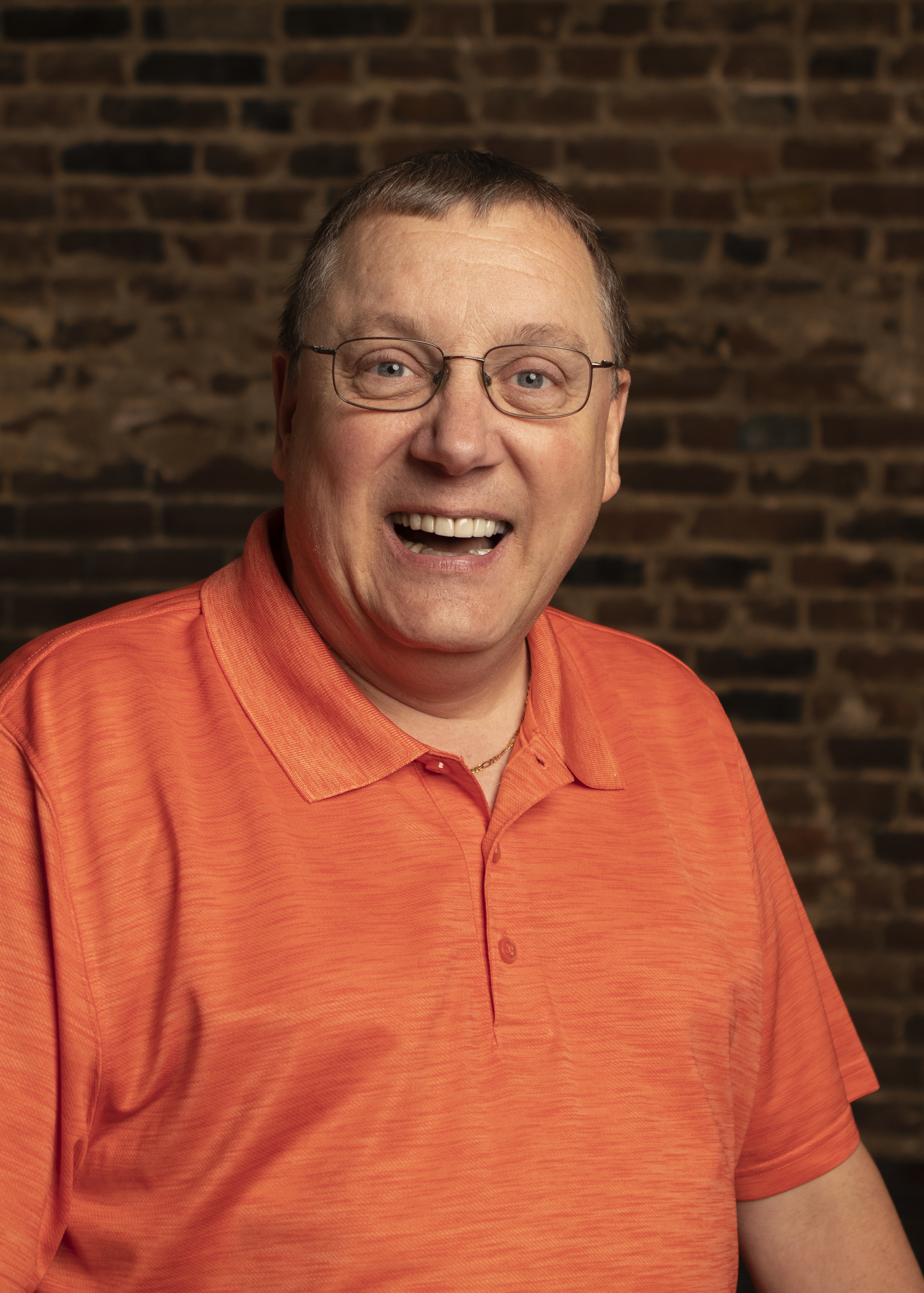 Trey Stafford is the not only the president and general manager of Jonesboro Radio Group, he has also been co-host for Fox Morning Show for the past 24 years with Jim Frigo.

Trey’s love for radio began in fourth grade in 1971. He grew up listening to “The Treehouse”, a daily talk show on KPCA-AM, which was based in his hometown of Marked Tree. Trey realized the hosts never shared information about his school, so he wrote some school news down, took it to the station, and was welcomed to read the report on air himself. Since that moment, he was hooked on broadcasting and gave up a normal childhood to spend the rest of his life in the business.

Fifty years later, Trey has received numerous awards and served in major roles for a variety of associations and committees. These include multiple awards for Best Radio Personality from Jonesboro Occasions Magazine, past president of Arkansas Broadcasters Association, past Small Market Radio Committee Representative National Association of Broadcasters, past president of Paragould Rotary Club, Paul Harris Fellow presented by Jonesboro Rotary Club, Vocational Excellence Award from University Rotary Club, past president of Arkansas Officials Association, Manager of the Year (Viking Award) from Saga Communications, Book of Golden Deeds Award from Jonesboro Exchange Club, and Member of the Year from Paragould Chamber of Commerce.

He is heavily involved with community service and activities and enjoys working with Make-A-Wish, Food Bank of Northeast Arkansas, and St. Jude Children’s Research Hospital.

He and his wife, former KAIT anchor and reporter Jenna (Newton) Stafford, have four children—one daughter and triplet sons.

He is interested in sports, music of all kinds—especially live music, news and politics and serving the community. 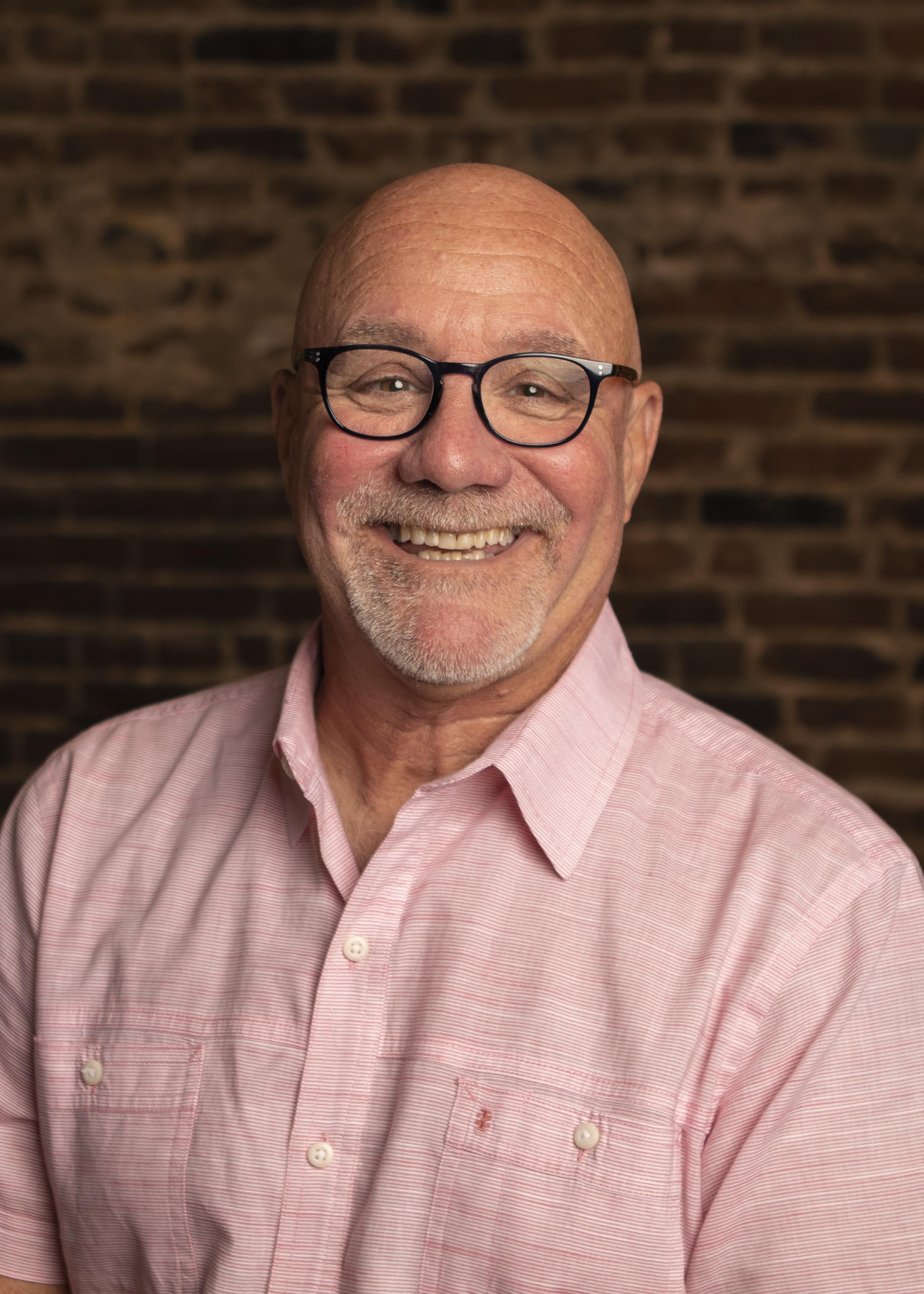 Jim has been part of Fox Morning Show for the past 24 years with co-host Trey Stafford. Originally from Los Angeles, he has spent over 40 years in the broadcast industry.

He fell in love with the career field by listening to morning personalities growing up—Ray and Ram, Rick Dees, Joe James, etc. Once he noticed that a new radio station was being built in his area, he decided to jump at the opportunity and literally showed up on the owner’s doorstep to ask for a job. He hasn’t looked back since.

Jim loves all music having to do with country and western. He also enjoys classic rock, blues, and gospel.

He has two children and one grandson. In his spare time, enjoys fishing, cooking, beer, and travelling. He also likes to raise funds for the Make-a-Wish Foundation. 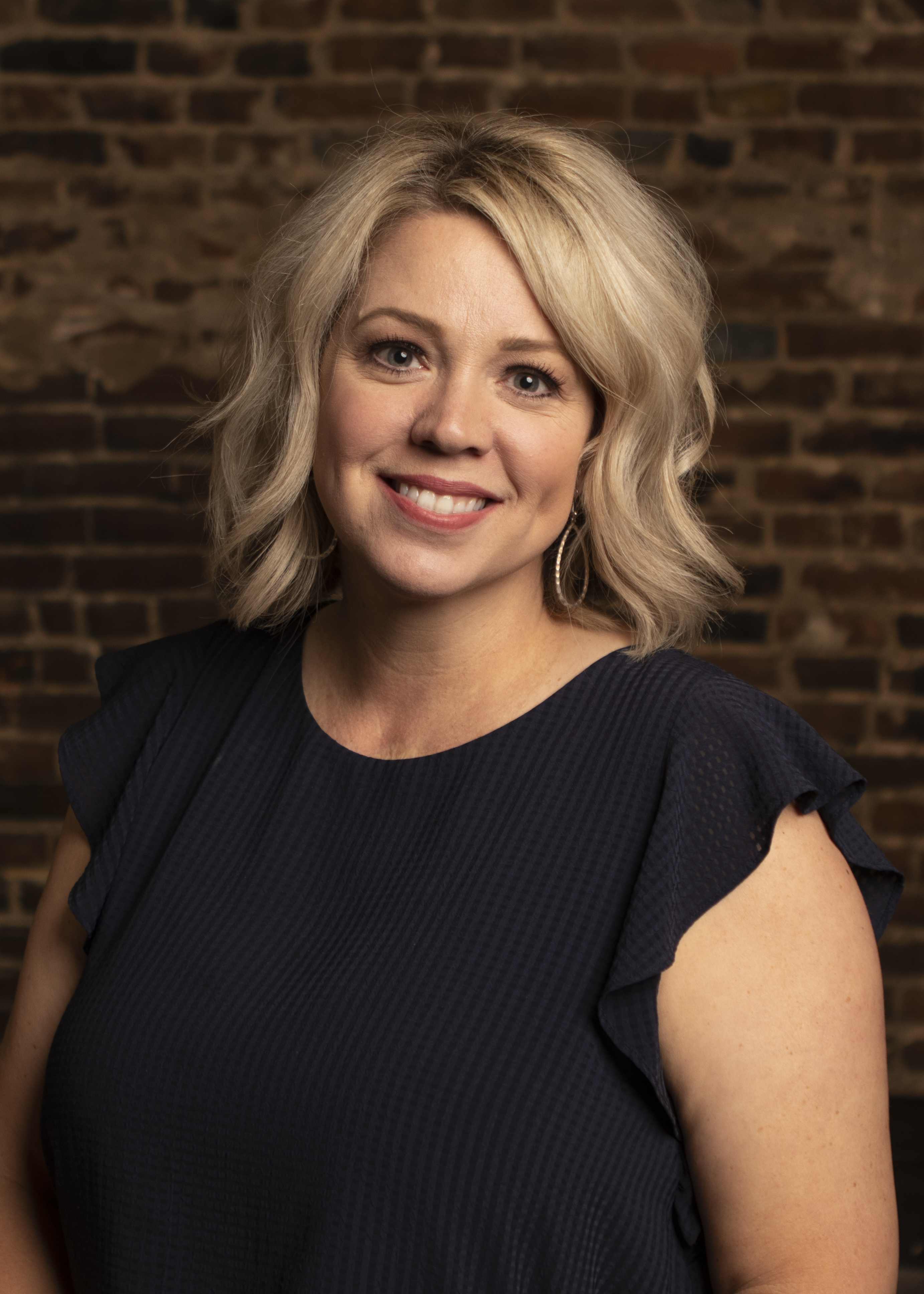 Christie Matthews, a born-and-raised Arkansan, arrived in Jonesboro in 1990.

Christie has been honored with numerous industry accolades over her 32-year radio career, including Top 25 Country Program Director Honoree multiple times by Country Radio Broadcasters and Radio Ink Magazine; 2014 Top Small Market Program Director in America by Radio Ink Magazine; Third Best Program Director in America in 2015; Saga Communications Best of Brand Award Winner and Top Program Director; and Make-a-Wish Foundation Fundraiser of the Year. She serves as a Wish Ambassador for the Make A Wish Foundation and is on the Board of Directors for the Rotary Club of Jonesboro.  In addition to her on air position, she holds the role of General Sales Manager and Station Manager at Jonesboro Radio Group.

Christie has a passion for family, radio, and her community.  Christie’s love for children and community is evident in her role as a longtime volunteer and fundraiser for the Make-a-Wish Foundation of the Mid-South. In addition, she is dedicated to helping raise awareness and funds for women’s health.

Christie and her husband, Jeff are the proud parents of two daughters Kait and Abbey. They are also “Chi Chi” and “Dude” to two adorable grandsons Pearson and Hatcher.

Christie loves Christmas, ( she puts up the tree early and leaves it up late) cooking, travelling and spoiling her grandsons! 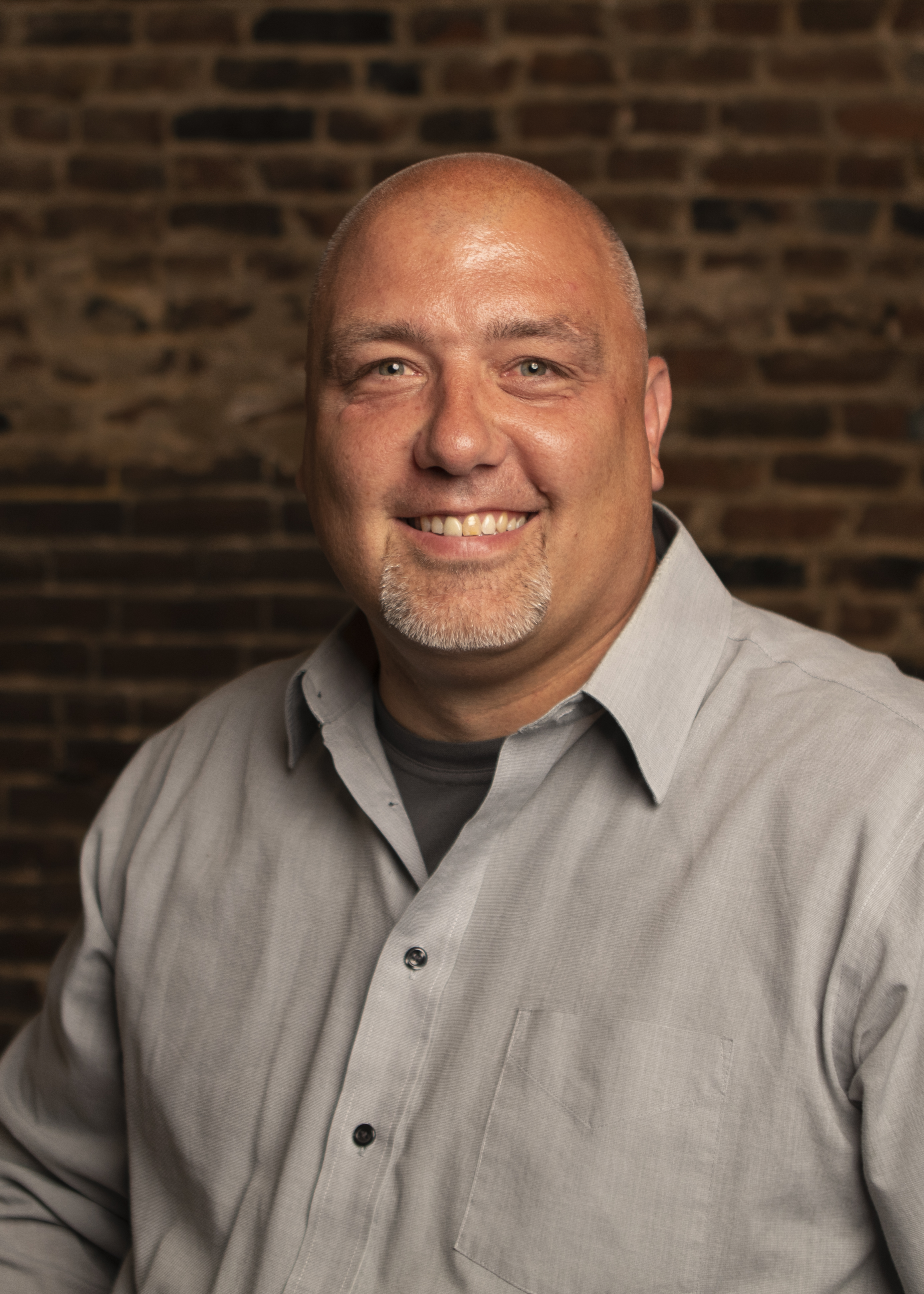 Rob West came to the Jonesboro area in 2016 with 20 years of experience in radio broadcasting under his belt. He fell into the career after leaving the military on medical discharge. Unenthusiastic about the employment he took up afterward, he began taking classes at a broadcasting school on the advice of a friend.

During his time in radio, he has earned several awards, including Wisconsin Broadcaster Awards for Best Radio Show, Best Original Show for The Great Outdoors, Best Station Promo, and Presidents Club.

He is involved with the following charities and organizations: Make-a-Wish Foundation, St. Jude, P.A.W.S., and the Humane Society.

His musical preferences are country and anything from the 90s. He says he has everything from AC/DC to rap on his phone and claims he can “get redneck” or listen to smooth jazz while working around the house.

Rob and his wife, Melanie, have three daughters together. They are also proud of their yellow lab, coonhound, guinea pig, goat, and 16-foot fishing boat. Rob is interested in hunting, fishing, golfing, boating, and spending time with his family either outdoors or traveling. He is also a huge sports fan with an affinity for football, basketball, and baseball. 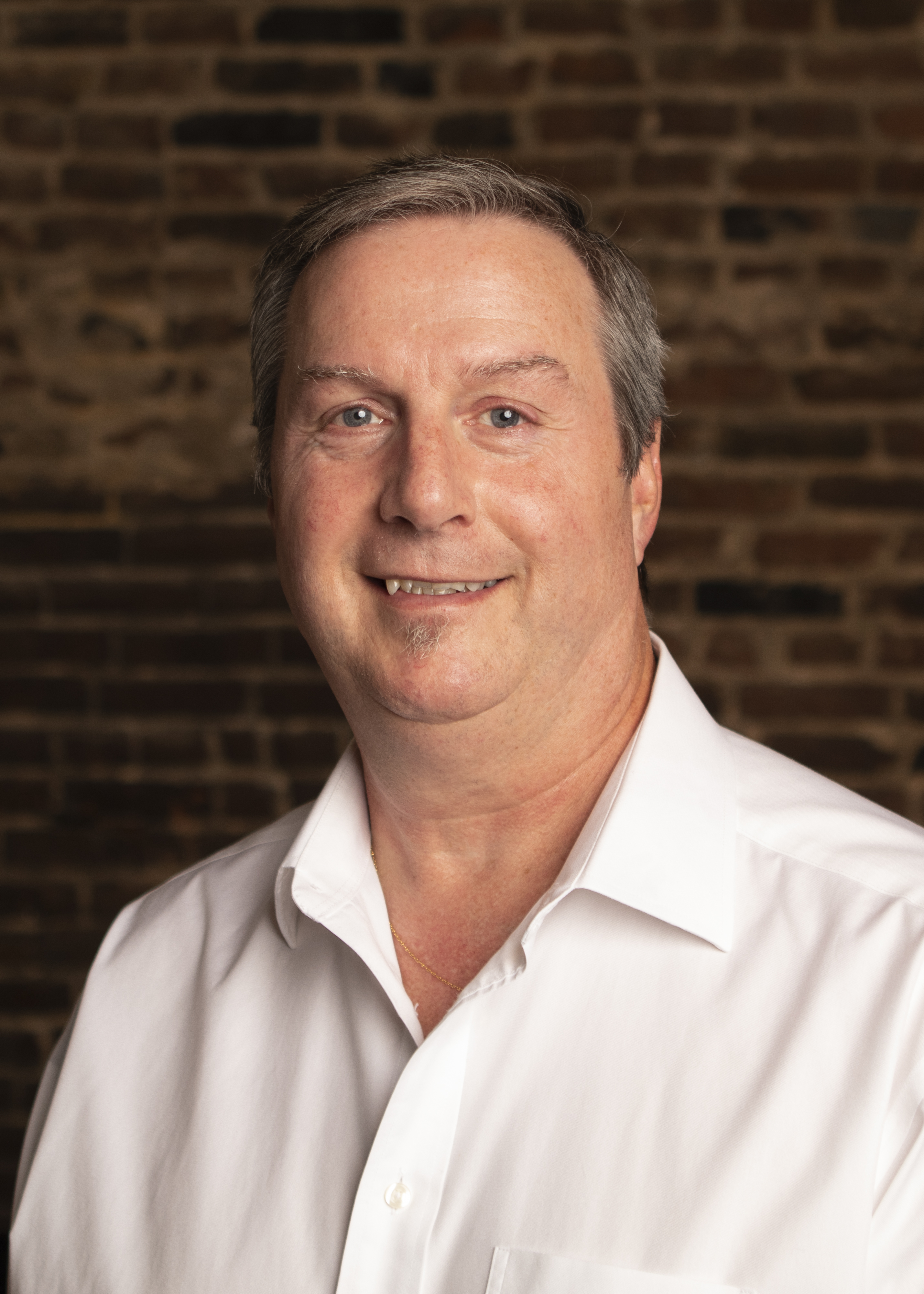 My name is Phil Jamison. I’m 58 years old and a radio veteran. I certainly don’t feel my age. Maybe this job keeps me young. But the fact is, I’m old enough to remember when most of the classic rock you hear on the Eagle was first released.

I DO IT ALL! These days in radio you have to many skills. It makes you a more valuable employee. That’s why when it comes to on-air and programming, I bring a lot to the table…or the microphone, I guess. I can be an air personality on a variety of music formats. I can write, voice and produce professional radio commercials. I can also handle live broadcasts from client locations or station events. I am completely comfortable being in front of large crowds. I love doing all of this. But, that’s not all I love about radio.

I LOVE CLASSIC ROCK! Some of the songs I love because of the lyrics and what they mean. Some songs, it’s the energy that just hits me the right way. Other tunes resonate with me because they remind me of certain times in my life when the particular song was popular. And, I LOVE PLAYING THIS MUSIC FOR YOU! My friends say it sounds like I’m having fun on the radio. It’s true! I AM HAVING FUN, singing along with the songs, playing air guitar in the studio, and talking to our crazy Eagle listeners. So when you hear me laughing, it’s genuine.

MY LIFE IS AN OPEN BOOK. I live my life on the radio. I’m just like you. I have a wife, kids, co-workers, bosses, bills and other issues I deal with on a daily bases. When you call and request a song to make you feel better, I UNDERSTAND WHY. I try very hard to let the listeners be a part of my afternoon show. LOCAL LISTENERS give my show a unique flavor. I want you to call and participate, make request, tell jokes, ask questions, and more. Active listeners make this a better station for everyone.

I ADORE MY WIFE AND KIDS! My wife’s name is Joy and she’s awesome. She’d rather watch football than the Bachelorette. She’s a petite blonde who drives a Dodge Ram 1500 Big Horn WITH a Hemi. YES, I’M A VERY LUCKY MAN. My son Josh is 29 and a Staff Sergeant in the United Stated Air Force. My daughter Jaclyn is 29 and graduated from ASU Cum-Laude. By the way, she has Asperger’s, a form of Autism. She’s also 29. I was born and raised in Helena, Arkansas. This is my second stay in Jonesboro. I was here for 10 years the first time. I’ve been back for about 17 years this time.

RESCUE A PET! We also have 4 rescue dogs. YOU WILL HERE ALOT ABOUT ANIMAL RESCUE ON MY SHOW. It’s my passion. I think dogs are the most amazing creatures. The relation between dog and man is the greatest collaboration between two species on Earth. Save a life and change yours forever.

So to answer the question, “WHY AM I HERE”. The answer is…I don’t know. I guess God decided to give me chance to work in RADIO HEAVEN….an afternoon shift on a classic rock station…for a great broadcast company….Saga Broadcasting’s Jonesboro Radio Group. 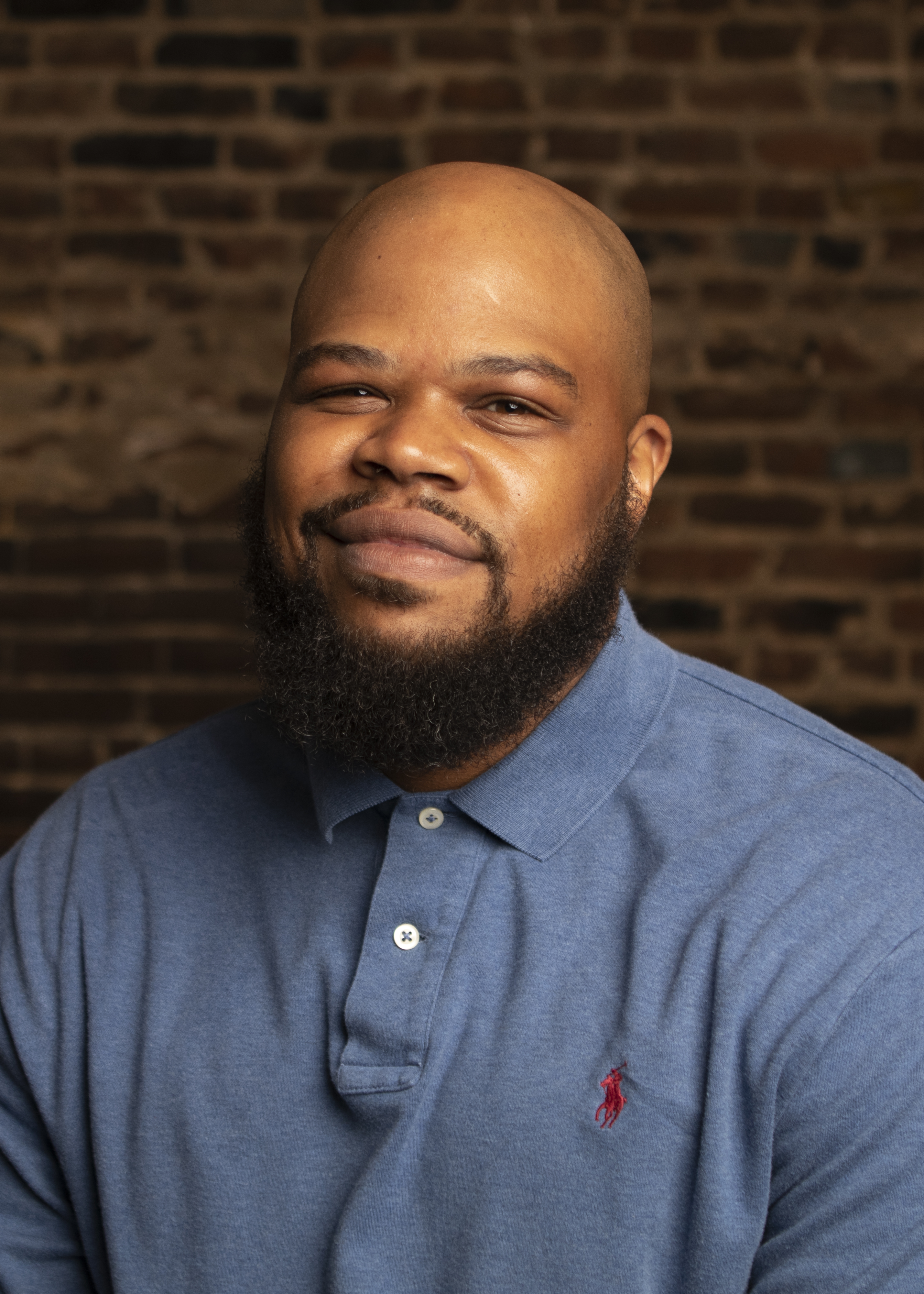 A native of Newport, Arkansas, Ryan Beavers has had eight years of experience in broadcast. Earning his degree in Digital Media and Design with an emphasis in Radio and Television from Arkansas State University’s Department of Media, he was given the opportunity to DJ part-time for Hot 107.5.

He said wanted to be in the industry because he was already involved in music and DJ life, so he thought it was something that would always keep his interest.

His favorite songs are “Song Cry” by JayZ, “Dollar Dream” by J. Cole, and “Jammin” by Bob Marley.

In his spare time, he is interested in music, sports, gaming, and being around dogs. He also has a mobile DJ service and does mix-tape hosting. 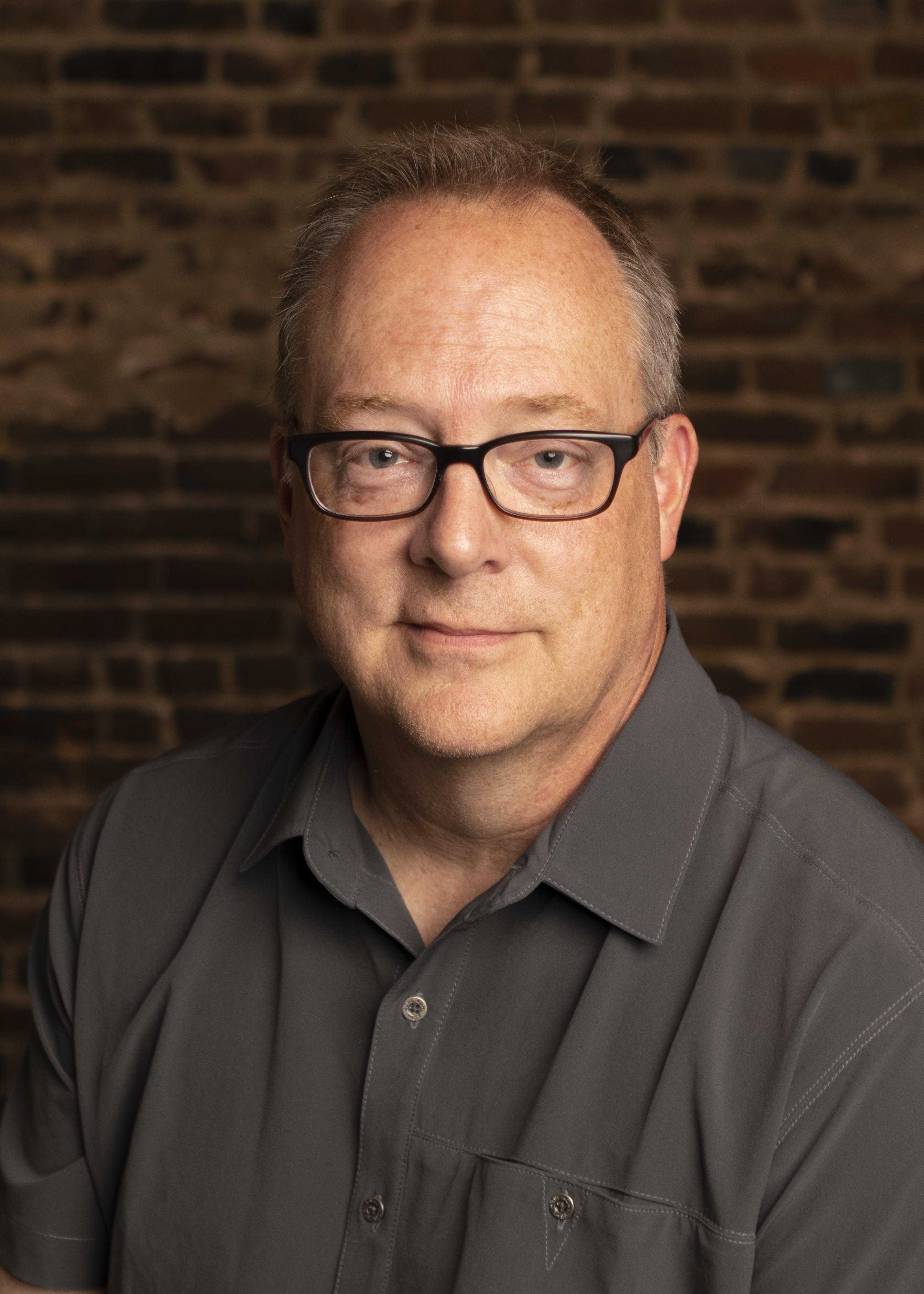 Brett Hall, a native of Dallas, is a long-time friend and cherished employee of Jonesboro Radio Group. He got into radio at a young age just because it seemed fun and has been a part of the industry for over 35 years.

In addition to being an on-air personality, Hall also is a Realtor with Westbrook & Reeves Real Estate Company and owns Local Culture, a yogurt shop in Jonesboro.

Hall says he regularly donates to Make-A-Wish, Stumo, and Axis and is interested in reading and is a die hard movie fanatic.

He shares his life with wife, Selena Barber, and his two grown sons. 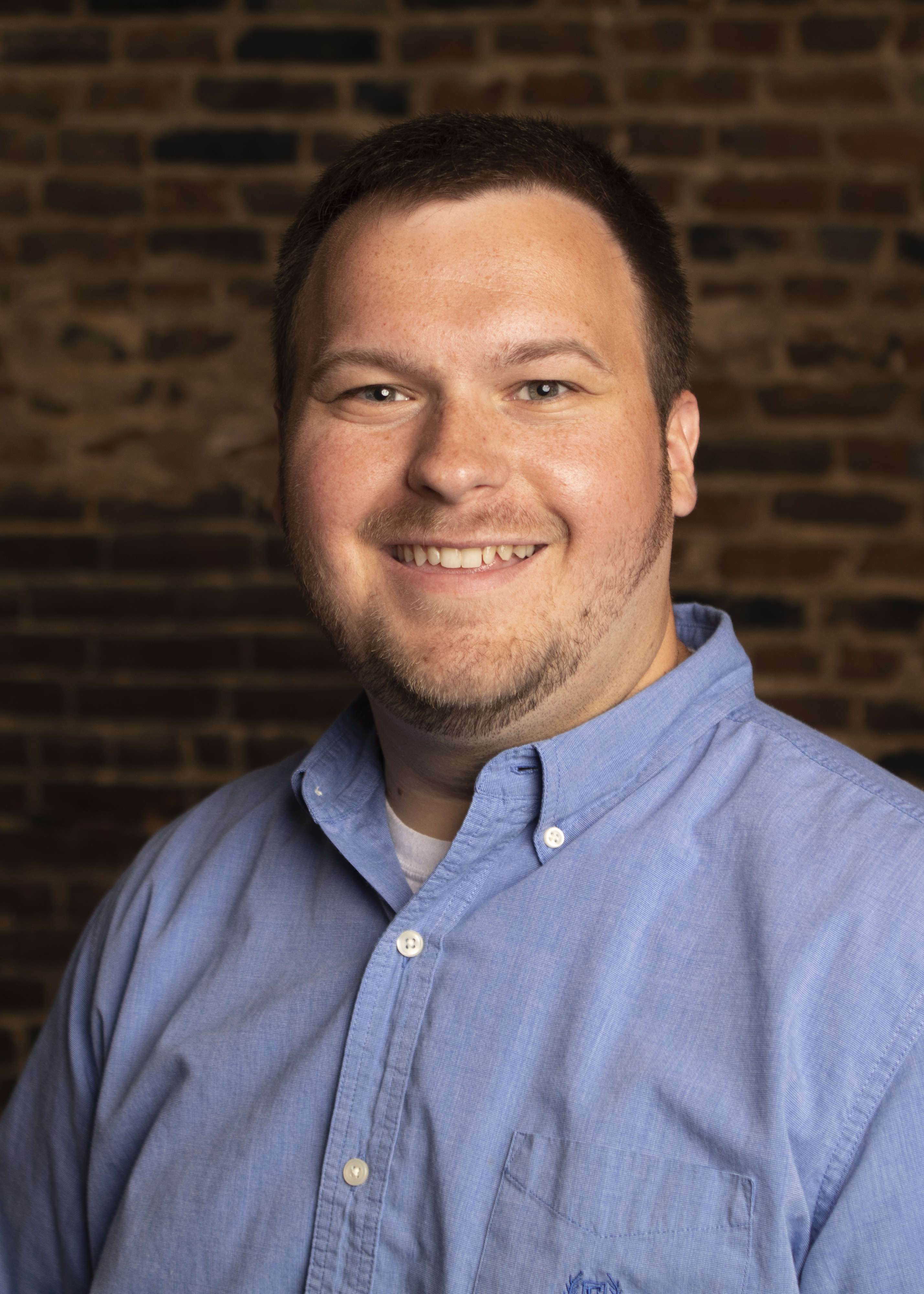 Hailing from Paragould, Arkansas, Brady is incredibly familiar with this market. He began his career with Jonesboro Radio Group in 2017 as in an intern and has excelled as a board operator and on-air DJ/sports announcer.

Brady is interested in the Make-A-Wish Foundation and spends his spare time watching movies, following sports, filming wedding videos, and getting into just about anything that could be called nerdy.

He enjoys all kinds of music, including country, classic rock, R&B.

In his spare time, Dowler is typically handing out movie reviews like free candy. 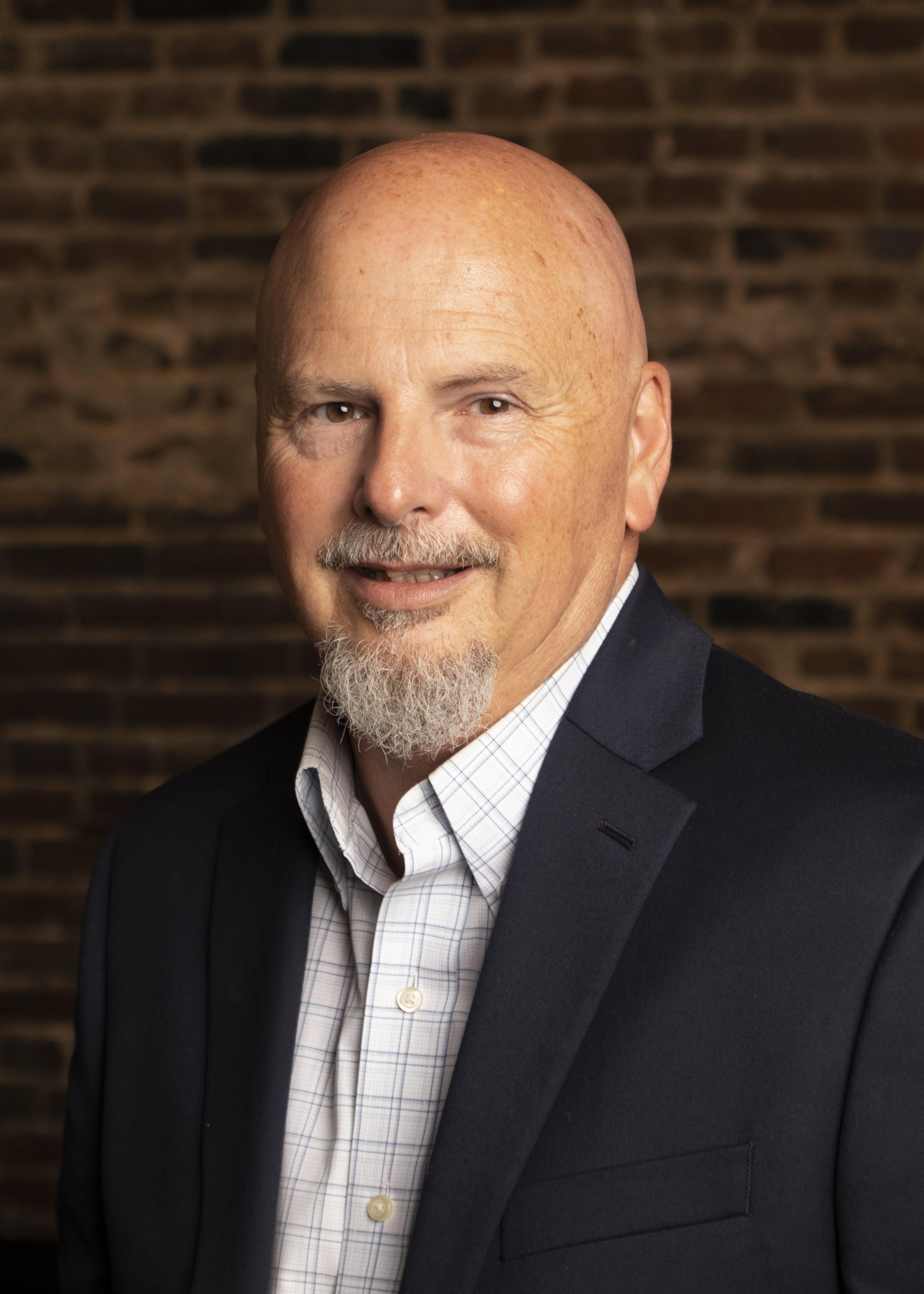 Mitch served nine years in the Jonesboro market prior to joining JRG. He also served for 10 years as Program Director for WIRK-FM in West Palm Beach Florida. In total, he has been in the radio industry for 40 years.

The Fruita, Colorado native loves mostly Classic Country, but is interested in all generes. He has won various Addy awards, and enjoys golf, not falling down, not falling down while golfing, and his dogs (who like to knock him down).

Mitch is engaged and is the father of two good children out of three. 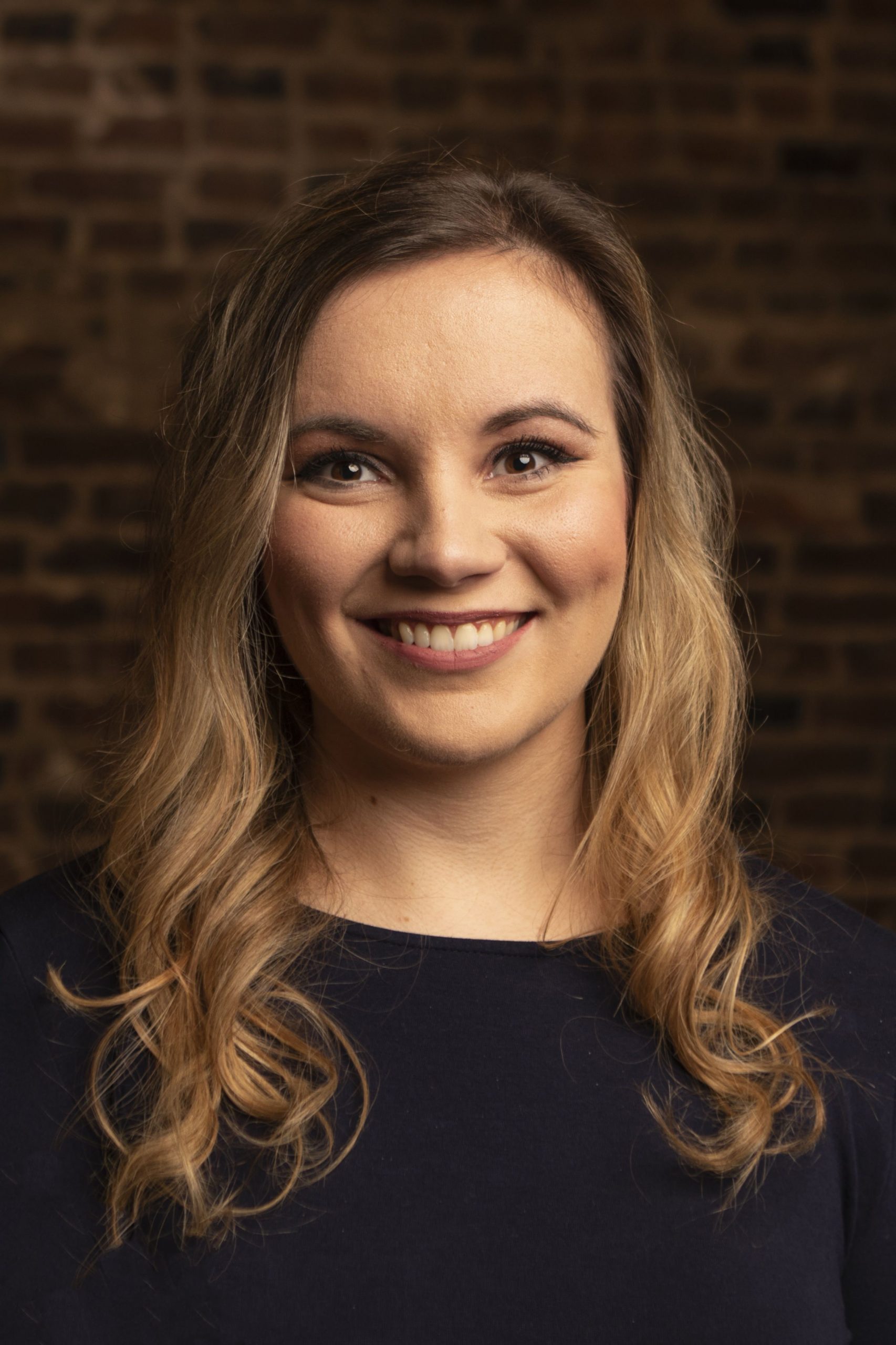 Sarah — just Sarah — joined us in late 2019, and instantly became a wonderful addition to the JRG family. Not only does this snarky, smart woman hit the air waves Mix 106.3 and Hot 107.5, she also serves as our Director of First Impressions, teaches Zumba, and sings in the First Church praise band.

The Jonesboro native says that the music she listens to most of the time is the music typically played on Mix 106.3 and on Hot 107.5, so of course, she’s the perfect person to be sharing the latest music with you!

Sarah is involved with the Humane Society, Make-A-Wish, and the Foundation of the Arts.

Legend has it you can find her somewhere downtown on any given day.